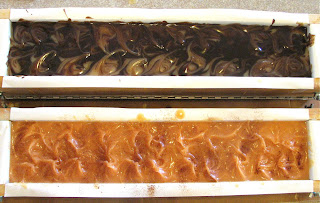 One is Creamy Peppermint with Chocolate Swirl. The other is Chai Tea.
Posted by Aunt Nancy at 2:15 PM 4 comments:

Red Apple and Other Soaps

A couple of soaps I cut yesterday. This first one is Red Apple. And it really smells like a basket of red apples! Yum! I'm afraid the red is going to darken more than I want it to. 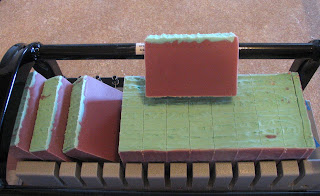 Here it is setting in The Tank before cutting 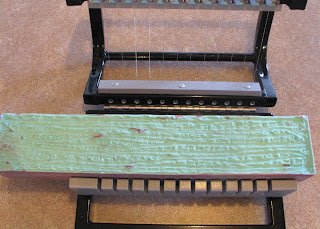 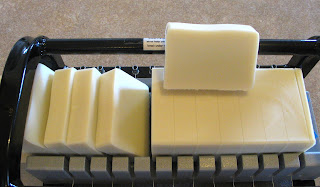 Last week, I made a double batch of Pumpkin Raisin Royale soap. I used real pumpkin puree, and goat milk in this soap, so it should be extra nice! Here's a series of pics. The first pic is right after I poured it into the molds. 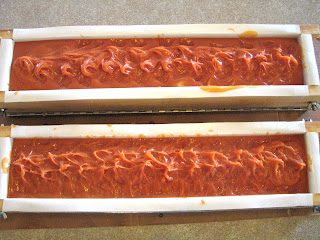 Isn't that a beautiful color?! But alas, it will not stay that gorgeous pumpkin color. It will darken.

This next pic is about 10 minutes later, when both logs went into a full, hard, hot gel. Most soaps, it will take 10 to 20 minutes to just START to gel. But between the goat milk, and the pumpkin, and the fragrance oil, this stuff got hot! And I did no insulation. 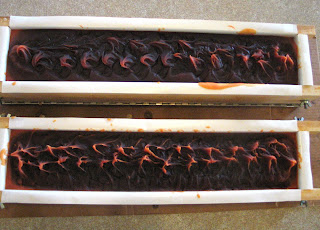 A couple of days later, they were ready to cut. 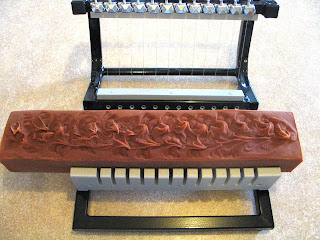 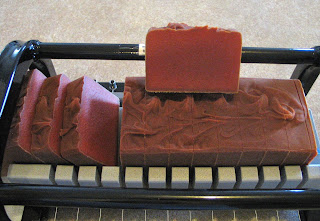 And, boy, do they smell good! Put a dollop of whip cream on a slice, and you'll want to take a bite!! :-D

I also tried a coloring technique called "column swirl". Put some kind of column in the middle of the soap mold, and pour many colors of soap onto the column one after another. If you want to see a nice video of this technique (not mine) check this out!

I used my 12 inch log mold to do this, and I used a piece of 2x2 inch wood as the column. Here it is in the mold 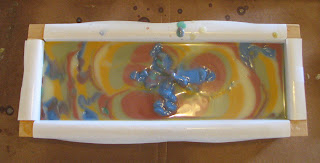 Nowhere near as nice as the one in the video. :) First of all, a couple of the colors traced too fast for easy pouring. Second, this technique looks really nice in a slab mold, but not so much in a log mold. 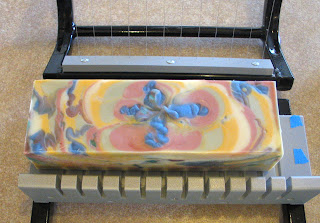 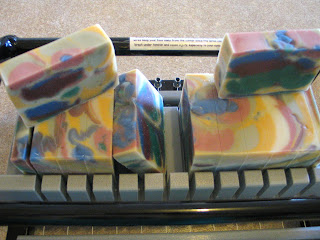 Here's a couple of soaps listed in my Etsy shop this past week. 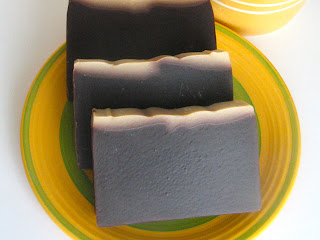 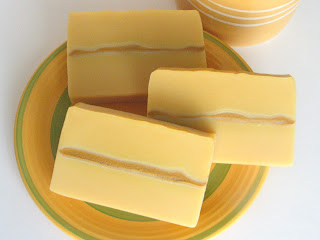 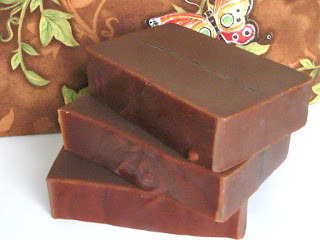 I made a new shop banner for my Etsy jewelry shop. Whatta ya think? Look ok? Too much sage?

See it in action at Jewelry From Tucson.

This is what I finally decided on