Here are some soaps I just listed on Etsy.

This first is a combination of Sandalwood Vanilla and Bay Rum, with a bit of Goat Milk for added creaminess. 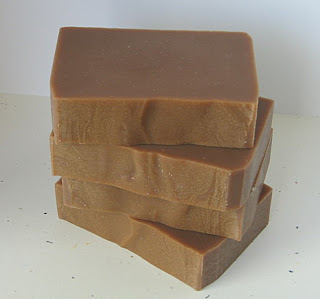 This next one is my favorite olive oil/wheat germ oil recipe, with essential oils of peppermint, lemongrass, and orange. Hmmmmmm. Just like an early summer breeze! 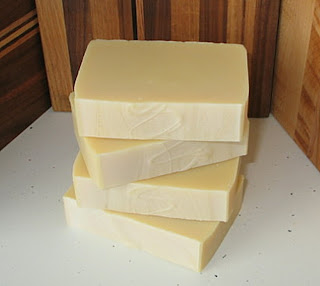 Not new soap, but a new picture of the soap. 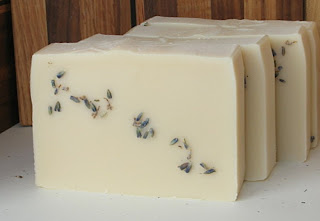 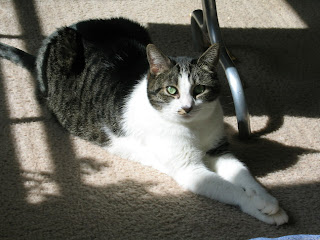 Special Order Soap in the Mold

This is a special order, for my friend Karley (check her out on The Chic & Green Blog). It hasn't gelled yet. Doesn't it look nice and creamy!! I'm not going to tell you what the secret ingredient is, though. :-D 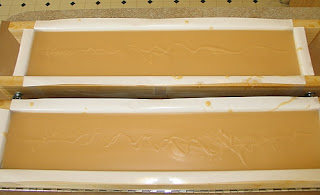 And here is a gratuitous cat picture 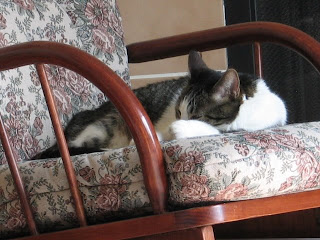 Yes, I did have a nice birthday !!

My birthday, which was actually yesterday, started more than a week ago when we adopted Dakota from the Southern Arizona Humane Society (see previous blog entry). She has settled right in, and I already love her to pieces! 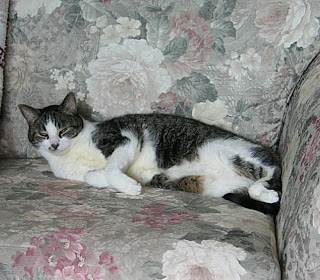 Is there something under my mat?? 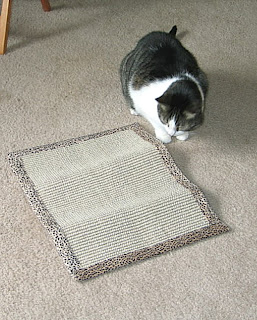 Why yes! Yes there is. It's my yellow ball. 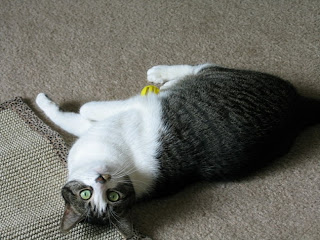 The big Tucson Gem and Mineral Show is going on, so Ray took me over to the Tucson Electric Park show, and the show at the Holiday Inn. I always make sure to hit the Holiday Inn because that is where the guys that process the turquoise from the Kingman Mine set up. MMMMMMMM mmmmmm! Love that turquoise! Just take a look .... 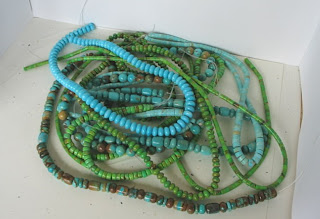 Here are the greens 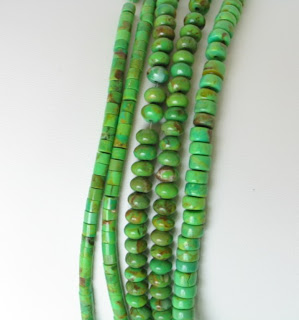 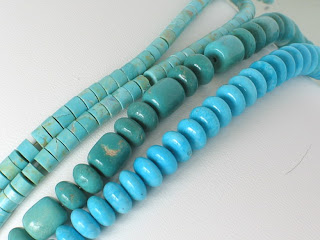 And the next ones they referred to as "boulder". They just took the rock that had a little bit of turquoise in it, and made beads. The woman I was talking to said they usually just toss the "boulders" but have decided in the past couple of years to use it. She says it has been selling really good, and I can see why. It's very organic looking. 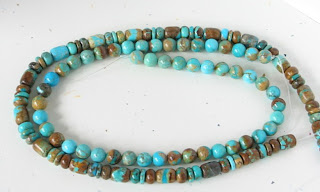 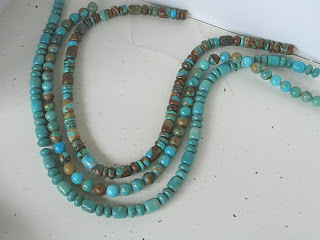 And maybe another 3 strand of both color heishi 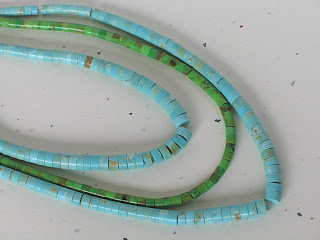 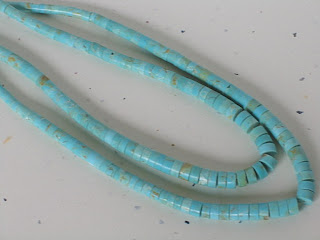 At the Electric Park, I bought lots of inexpensive strands of beads. These will be fun to make chokers and bracelets with. There's fancy jasper, red aventurine, carnelian, black stone, agates. 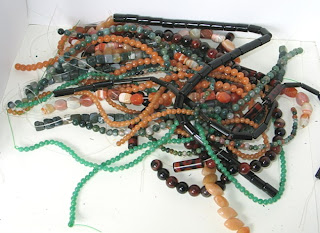 And some hearts, no holes drilled, for wire wrapping 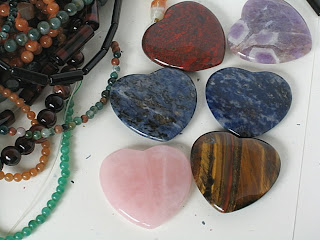 We have been a household without a cat for over two years now. That's long enough!

This past Friday, Ray and I went to the Southern Arizona Humane Society, and we adopted Dakota. She's a lovely 6 year old spayed female tabby, with lots of white markings. So far, she has adapted to the house without a lick of trouble. Oh, a few minor things, for instance she wants to drink her water directly from the faucet, I caught her pussy futting her way across the mantle, she's always looking for the highest place she can jump to. But other than that, she has been the perfect lady. 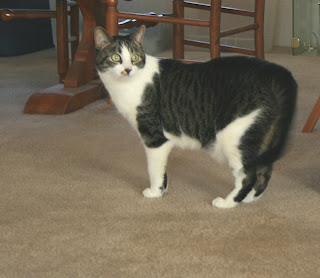 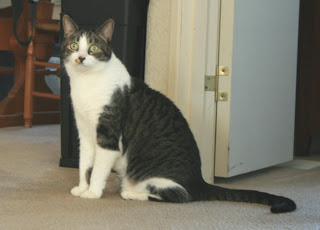 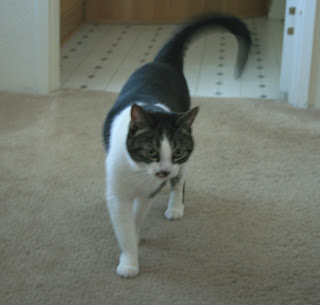