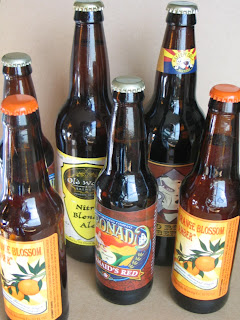 In the works for this week .. Beer Soap! After making the Raspberry Wheat Beer soap with Oatmeal and Honey, I thought I would do a line of beer soaps. But I don't want to use the average commercial type football beer, I want to use something different! And I don't want to have to buy a six pack, because I only need 22-24 oz per batch.

So I went to a store here in Tucson called Total Wine & More. Ever been to one of these?? It's a Walmart sized store FULL of wine and beer. All kinds of beer. Beer I've never heard of. And the best part, they have one full aisle dedicated to single bottles so you can mix and match.

I got 4 different kinds of beer to start my new beer line. Right now, I have two of the beers poured off and going flat so I can make soap with them tomorrow.

First up, Orange Blossom Amber. Doesn't that sound just yummy as a soap?!! Across the label it says "Premium Flavored Lager Malt Beverage Brewed with Orange Peels". Made by the Indian Wells Brewing Co out of Inyokern, CA. And never mind the beer, look at the label! Some of the labels on the beers are absolutely lovely! 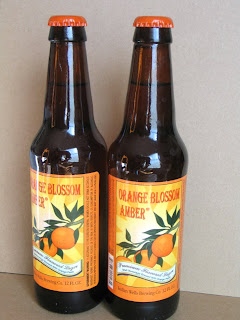 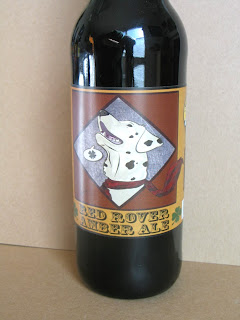 Another local Arizona beer I'll use next week is out of Phoenix, the Old World Brewery. The beer is called Nitro Blonde Ale. I'm hoping it's a nice light colored beer. 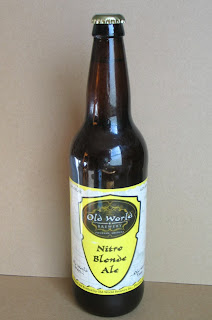 And finally, a beer I got just because I liked the name and the label - Coronado Mermaid's Red. This is a brewing company out of California. I like the description, too. "Sure to put a scale on your tail". :) 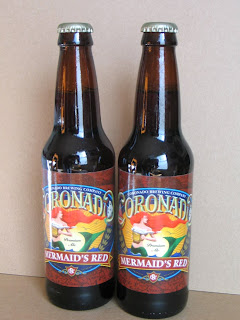 I have a great urge to soak the labels off carefully and save them!
Posted by Aunt Nancy at 2:46 PM

I can't wait to try these, Nan. They sound lovely.

Oh No! It's created a beer monster! LOL

I can't wait to try them all, Nan!

P.S. I've never seen a shop like that here but it sounds most entertaining, to say the least! :)

Hey! I read that you're buying an RV for traveling. Good for you guys, you will love it. We're in year 4 of being full timers, currently on our 3rd RV. Your husband's photography is OUTSTANDING. Does he teach? Your soaps are very pretty.