A soap plan. The next time I have such a plan, I will run it by an engineer.

The plan was a CinnaMint soap, half red, half green. Not layered, but side by side colors. So, I took a piece of cardboard cut the length and depth of my mold. I covered it with freezer paper (same thing I use to line my molds with). I placed it snuggly lengthwise down the middle of my mold.

I did the green side first, using French green clay with just a pinch of green oxide to color. Mixed and brought it to trace, and started pouring it into one side of the mold. This is where an engineer would have been handy. A dam engineer. Because, of course, my dam wasn't going to hold just a settin there! DUH The only thing I could find in a hurry was a couple of plastic cups that individual applesauce comes in, that I use for mixing oxide with. I stuffed 3 of them along the other side of the "dam", and continued pouring my green soap. Yey, it worked! The dam held!

By the time I got to the other batch for the other side, it was already a thick trace. I debated .... keep it uncolored, or try to beat the clock and add the color? Add the color. Rose clay and a pinch of red iron oxide. Mixed it as fast as I could, even took a chance and hit it with the stick blender. It was still just barely pourable, so I removed the middle "dam holder" and stared pouring .. well, more like scooping it into the mold. Removed one of the other dam holders, kept scooping, removed the last dam holder, scooped and scraped the pot clean. Then, took hold of the divider and slowly pulled it straight up and out of the mold. Did a little frosting swirl down the middle to blend them a bit. And pounded that mold on the counter a few times to get rid of any air holes.


(the pictures are not very good because a storm just rolled in and it was rather dark out, so poor lighting. But click on the photos to enlarge)

I also made a batch of Lavender soap, Just plain, uncolored, good smelling Lavender. No drama. 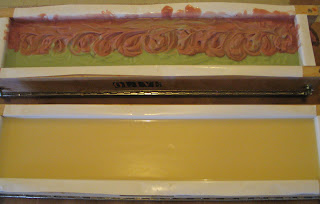 I just finished cutting 2 soaps. One I was concerned wouldn't come out like soap should, because I poured it at an extremely thin trace. But, it came out fine!

Here are both soaps right after pouring them. One is Holiday Peppermint. The other is Frankincense & Myrrh. The Frank & Myrrh is the one I was worried about. 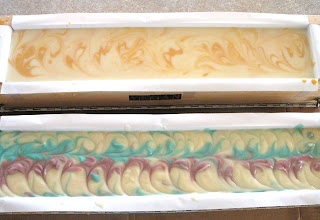 And here is the Holiday Peppermint setting in the Tank, ready to cut 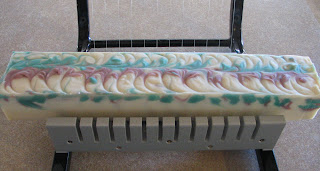 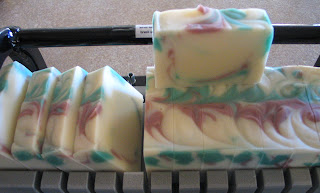 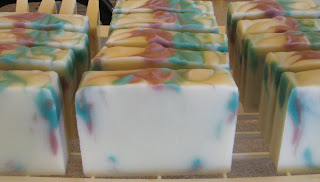 Here's the Frank & Myrrh, setting in the Tank. A little darker than I had hoped (never used this particular fragrance oil from this vendor), but as dark as I figured. 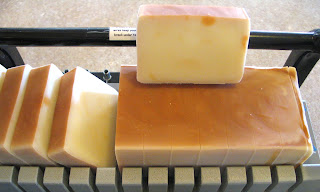 I tried a golden swirl with gold mica, but it didn't come out as nice as I wanted. Some of the soaps have hardly more than a few specks. Plus the fact that the soap will darken up, I should have just skipped the golden swirl part. 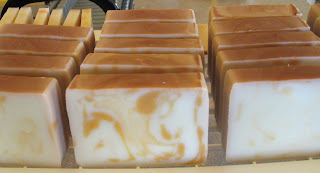 But still, a nice soap, and smells good!! 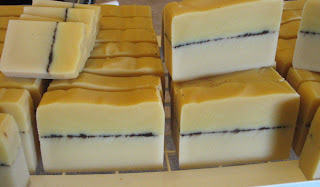 I went to a gem show a couple of weeks ago, got some great turquoise! Here's a 2 strand bracelet I made 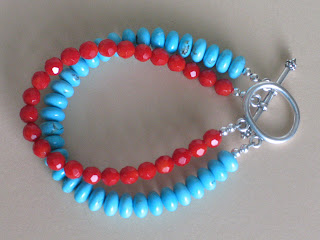 Posed with one of my favorite props 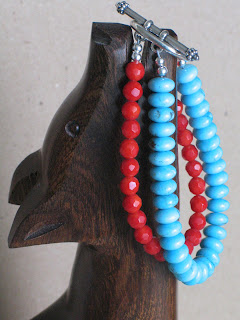 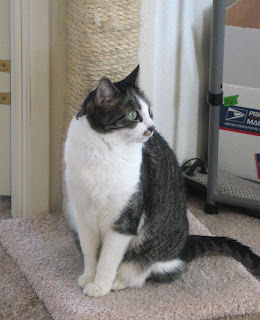 I'm having a sale, in all my shops, soaps and jewelry!

This coupon code will remain active until end of day Friday, September 16th. You can use the coupon code in the following shops:

Would you like to see a couple of my new fall soaps ?? OK 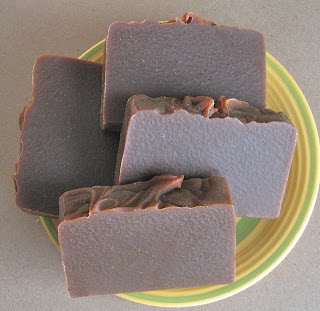 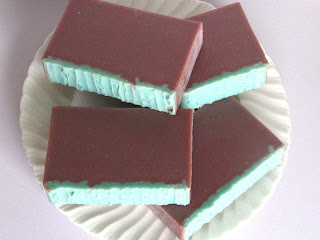 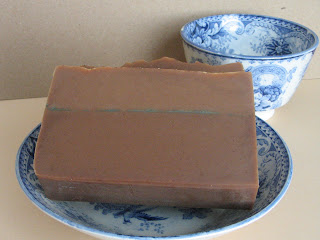 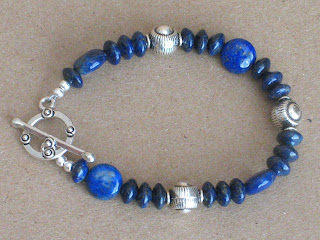 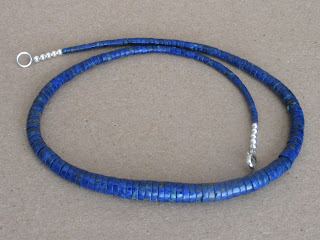 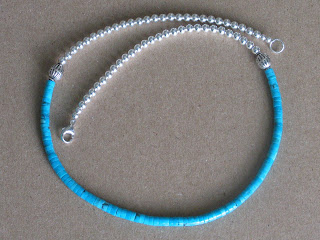 This is a necklace I made for myself, using a pendant I bought about 6 years ago over at the San Xavier Mission. 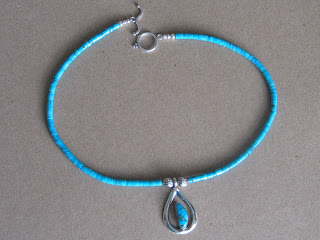 And a gratuitous picture of Dakota :) 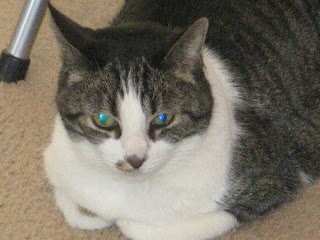 Posted by Aunt Nancy at 5:49 PM No comments: